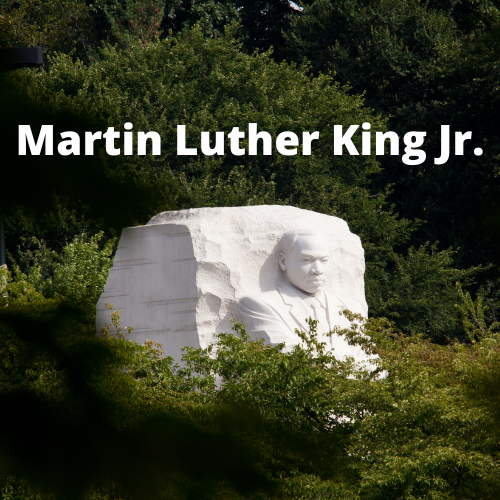 Who was Martin Luther King Jr.?

Many of us remember Martin Luther King Jr. from his famous I Have A Dream Speech but what else do we really know about him?

He was born January 15th, 1929 in Atlanta, Georgia with the given name Michael Luther King Jr. but changed his first name to Martin later in life. Both of his parents were college educated and had a comfortable middle-class life. Although Martin’s upbringing was very secure, he knew all about the prejudices that were common in the South with his attendance in segregated schools.

It wasn’t until he spent time at a family member’s tobacco farm in Connecticut before attending college, that he was able to experience the peacefulness of both Blacks and Whites integrated within the community.

Time away in college

While Martin Luther King Jr. attended college he enjoyed classes in medicine and law. However, during his senior year he decided to follow in his father’s and grandfather’s footsteps and enter the ministry. He spent the next three years at Crozer Theological Seminary in Chester, Pennsylvania where he became familiar with Gandhi’s philosophy in nonviolence.

After graduating from Crozier, King went to Boston University where he received a doctorate in 1955.

During his time in Boston, he met Coretta Scott. She was studying at the New England Conservatory of Music and married in 1953 and had four children. Then in 1954 he became the pastor of Dexter Avenue Baptist Church in Montgomery, Alabama.

It wasn’t long after, that he was ready to begin his journey into nonviolent protests. The first being the bus boycott in December of 1955. This lasted 382 days until the Supreme Court declared segregation on buses unconstitutional. This didn’t go without it’s own struggles. Martin Luther King was arrented, abused and his home was even bombed. However he came out of it a powerful, strong leader for the Black community.

Sadly, on April 4th, 1968 in Memphis, Tennessee where he was preparing a march in sympathy with striking garbage workers, he was assassinated.

He leaves behind a lasting legacy of peaceful protests, justice and equality.