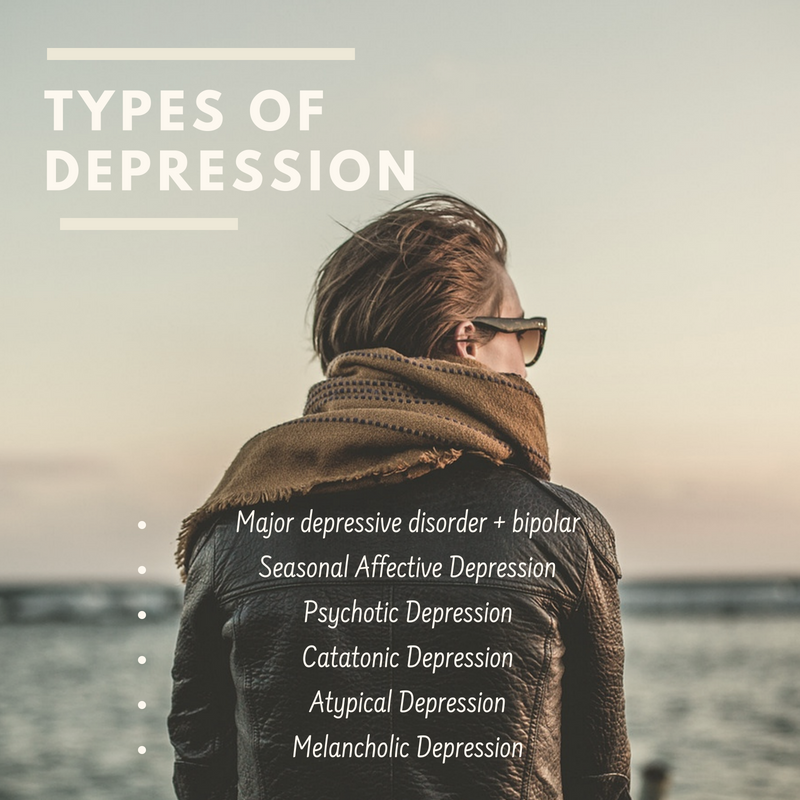 Although depression is a common diagnosis, it is a very complicated disorder. The single word “depression” can refer to a variety of different manifestations of the same disorder. There are many different ways that people might express depression and the diagnoses changes depending on the symptoms that they are exhibiting, how long they have been exhibiting symptoms, and how much their symptoms are impairing them in their day to day functioning. When diagnosed with depression, there are also specifiers listed in the DSM that might be used to better describe an individual’s specific depression, like seasonal, psychotic, catatonic, atypical, melancholic.

Psychotic Depression
This is when an individual shows signs of depression as well as symptoms of psychosis like delusions and/or hallucinations. These psychotic symptoms might be linked to depression in their manifestation; for example, a delusion of guilt, might contribute to the common depressive symptom of guiltiness over something from the individual’s past.

Atypical Depression
Atypical depression is used as a specifier for someone who has a diagnosis of MDD or Dysthymia and has to do with the individual’s reactivity to events around them and how they manifest their symptoms. Someone with atypical depression might briefly feel happy after good events. This specifier is actually common among depression diagnoses.

Melancholic Depression
A melancholic specifier with MDD occurs when during severe episodes the symptoms exhibited are excessive guilt, loss of appetite, slowed or excessive motor movements, insomnia where they wake up several hours early, and lack of pleasure.

If you are struggling with your mental health, or you know someone who might be struggling, please feel free to contact the professional teamat Lifeline Connections for help! Getting yourself help, whether it is through self-help or by reaching out to professionals is an important part of recognizing that you are struggling; it is also a good step forward in getting the help you need to feel better. You can visit Lifelineconnections.org or call 360.397.8246 for more information.