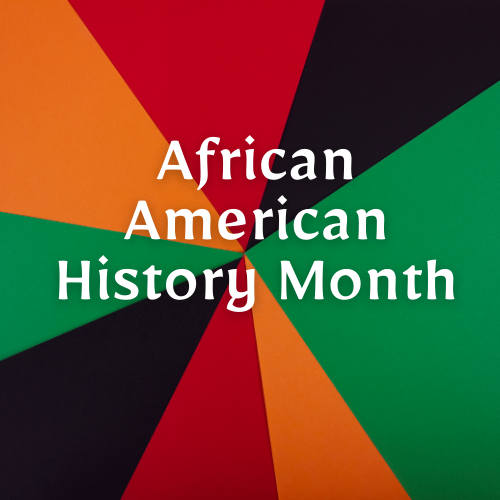 February is African American History Month. It’s also a time to honor the contributions to American history made by those in the Black community.

After different variations of National African American History Month in 1915 by Dr. Carter G. Woodson to 1975 when President Ford issued a message on the Observance of Black History Week, in 1986 Congress passed a law that designated February 1986 as National Black (Afro-American) History Month. Further, President Reagan issued a proclamation that “the foremost purpose of Black History Month is to make all American aware of this struggle for freedom and equal opportunity.” It stated further that this was a time “to celebrate the many achievements of African Americans in every field from science and the arts to politics and religion.”

Most people are used to hearing the pioneers of African American history such as Dr. Martin Luther King Jr., Maya Angelou, Muhammad Ali or Rosa Parks because of their largely publicized contributions to their communities. However, there are many other Black heroes.

Shirley Chisholm was the first Black woman elected to Congress and served New York’s 12th District from 1969 to 1983. Additionally she became the first woman to run for the Democratic Party’s presidential nomination in 1972.

Jess Owens was a track-and-field star who set the world record for the long jump during the 1936 Olympic Games held in Berlin. This record was unrivaled for 25 years. In addition to this he won four gold medals that the Olympics the same year In the 100 and 200-meter dashes and the 100-meter relay.

Bessie Coleman was the first Black person with a pilot’s license, attending flight school in France in 1919.

Benjamin O. Davis Sr. was the first Black General in the American military. During his 50 year career he served as a temporary lieutenant in an all-Black unit during the Spanish American War. He was also a professor of military science at Tuskegee and Wilberforce University, a commander of the 369th Regiment, New York National Guard and special assistant to the Secretary of the Army.

It is just as important today as it was then to honor and remember every sacrifice and achievement brought by everyone in the Black community and that we treat everyone with equality. Lifeline Connections does not tolerate racism, prejudice, hatred, abuse or violence in any form. As an organization committed to the behavioral health of all, we must speak out and join the national voice decrying the oppression, injustice, and suffering of black people in our country and in the communities we serve. Inclusion and diversity are core values at Lifeline Connections. We commit to equity and justice in our daily work. This will address and correct persistent injustice, systemic inequality and structural barriers to equity. Additionally, we commit to standing beside and supporting the black community to change what can no longer be tolerated.