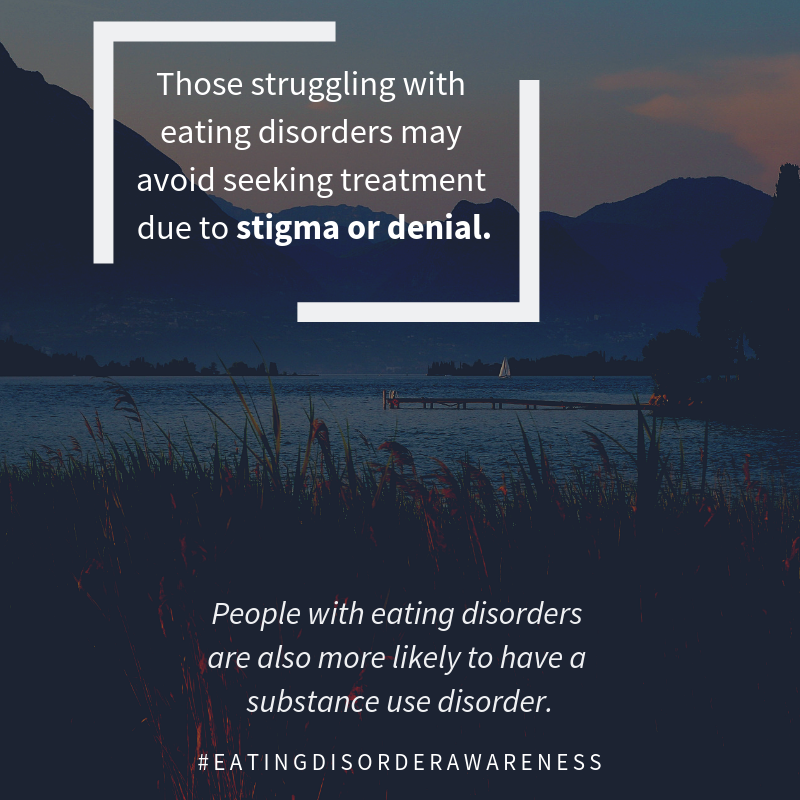 Some lesser known eating disorders are orthorexia and avoidant restrictive food intake disorder. Orthorexia is an unhealthy obsession over health foods and a healthy diet that eventually results in a very restrictive diet of acceptable foods. Orthorexia can lead to anxiety surrounding eating habits, especially when deviating from what the individual deems acceptable. Avoidant restrictive food intake disorder (ARFID) is very similar to anorexia; however, the main symptom that is present in anorexia but not in ARFID is a fixation over appearance and body dysmorphia. Although, both of these disorders are not as well known, they can be just as debilitating and have an impact on an individual’s day-to-day life.

Eating disorders are serious and have to be treated as such. There are ways to get help if you are suffering from an eating disorder. The earlier an eating disorder is detected and acknowledged, the higher the chance of recovery. Recovery from any mental illness takes time and effort, but it is always possible.

If you or someone you know is struggling with an eating disorder, please feel free to contact the professional team at Lifeline Connections for help! Getting yourself help, is an important part of recognizing that you are struggling and is a good step forward to get the help that you need. You can visit Lifelineconnections.org or call 360.397.8246 for more information.