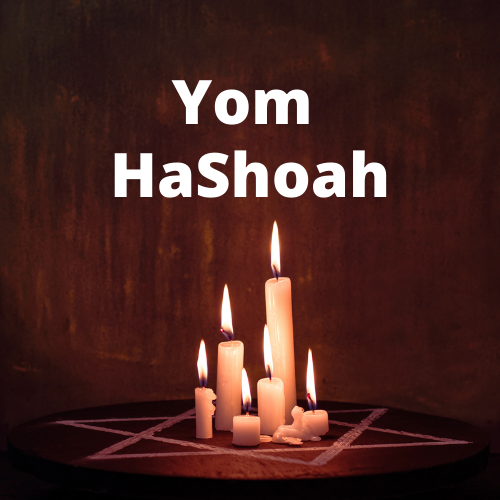 What is Yom HaShoah?

This is a day that Jewish people from all over the world stop to reflect on the afflictions their ancestors faced. The day falls on the 27 month of the Nisan or the Jewish calendar and comes one week after Passover. Holocaust Remembrance Day, or Holocaust Day, is observed as Israel’s day of commemoration for the approximately six million Jewish people murdered in the Holocaust by Nazi Germany. In addition, its collaborators and for the Jewish resistance in that period. Yom HaShoah also honors the survivors of history’s darkest hour and those heroes who found the courage to resist Nazi oppression.

Education about the Holocaust

In the early 1950s, education about the Holocaust emphasized the suffering on millions of European Jews by the Nazis. Surveys conducted in the late 1950s indicated that young Israelis did not sympathize with the victims of the Holocaust, since they believed that European Jews were “led like sheep for slaughter.”

The Israeli educational curriculum began to shift the emphasis to documenting how Jews resisted their Nazi tormentors through “passive resistance”. Meaning that by retaining their human dignity in the most unbearable conditions and by “active resistance,” fighting the Nazis in the ghettos and joining underground partisans who battled the Third Reich in its occupied countries.

Since the early 1960s, the sound of a siren on Yom Hashoah stops traffic and pedestrians throughout the State of Israel for two minutes of silent devotion. The siren blows at sundown as the holiday begins and once again at 11 a.m. the following morning. All radio and television programs during this day connect in one way or another with the Jewish destiny in World War II. Additionally, it includes personal interviews with survivors. Even the musical programs are adapted to the atmosphere of Yom Hashoah. There is no public entertainment and theaters, cinemas, pubs and other public venues are closed throughout Israel.

Jewish people in North America observe Yom Hashoah within the synagogue and in the broader Jewish community. Commemorations include synagogue services, communal vigils and educational programs. A few congregations find it more practical to hold commemorative ceremonies on the Sunday closest to Yom Hashoah. Many programs feature a Holocaust survivor who recites appropriate songs and readings, or view a Holocaust-themed film. Some communities choose to emphasize the loss that Jews experienced in the Holocaust by reading the names of Holocaust victims one after another – dramatizing the unfathomable notion of six million deaths.

Why is Yom HaShoah important?

It’s a reminder of history. Those who forget history are doomed to repeat it. And this saying cannot hold any truer for Holocaust Remembrance Day. From all the wrongs that happened, Yom HaShoah promises to always remember but never repeat.

This holiday is a reminder of determination and bravery. One of the main reasons Yom HaShoah is celebrated is because it pays homage to Jews’ bravery to fight, survive and live freely. Future generations need to be reminded of these tales and much more.

It’s a reminder of humanity’s unity. When the Jewish genocide was happening, people from all walks of life strove to help in any way they could. Be it Christians or Muslims, these people ensured that Jews were being led to escape routes and/or hidden from authorities’ sight.

How to Observe Yom HaShoah

Stand in solidarity.  One of the best ways to observe Yom HaShoah is through showing solidarity to your Jewish friends and loved ones. This day highlights the historical remembrance of the sufferings of Jews and, by standing with them, the spirit of unity will rejoice as that’s where true victory lies.

Learn about Holocaust history.  There’s much to unpack when it comes to Hitler’s obsession with “racial hygiene”. He did not only target Jews (although they were the main group to), he also went after POCs, Jehovah’s Witnesses, Polish people, etc. At the same time, many people inside and outside of Germany helped save Jews as much as they could.

Ways to Honor those that perished

Most of all let us never forget

Say no to racism. Discriminating against someone just because you have a preconceived notion about them is doing great injustice to the human race and diversity — from attacks on Jews in the 20th century to attacks on Muslim people, black people, Asian people, etc. in the 21st century, we still need to go a long way but every step counts.