Dementia: Understanding It, Causes and Treatments 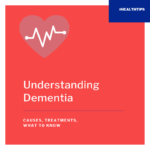 In recent years, as the elderly population has been growing, there has been increasing talk of dementia: how it develops and how we can help the growing population that is suffering from this brain disorder. Dementia has been used as a catch-all phrase for age-related mental decline and is often used to describe a multitude of different disorders. Because of its over usage it is important to understand what dementia is and how it develops. There are many different types of dementia which makes a diagnosis quite complicated.

The most common form of dementia is Alzheimer’s disease, which is frequently diagnosed in the elderly and the most common symptom that is cited is difficulty with memory. However, the type of memory that is becoming degraded becomes important, because they involve different parts of the brain and could result in a different diagnosis. People with Alzheimer’s disease forget facts about their personal lives and life events. They have a hard time navigating through familiar areas, experience confusion, and experience depression. Since it is commonly diagnosed, it is possible that some people receive the incorrect diagnosis due to lack of information.

Vascular dementia occurs due to a lack of blood flow to the brain, which often puts people at higher risk for stroke. People with vascular dementia often show signs of confusion, trouble concentrating, and disorientation. Lewy body dementia shares symptoms with both Alzheimer’s and Parkinson’s disease. People with this type of dementia show symptoms of poor motor coordination and movement, as well as memory problems that are commonly associated with Alzheimer’s disease.

Frontotemporal dementia (FTD) is very similar to Alzheimer’s disease as it progresses, but near the onset of the disease, people will show personality changes due to damage in the frontal lobe. Symptoms associated with FTD are compulsive behaviors, speech problems, and loss of inhibitions. There are several subtypes of this disorder depending on the main symptom and whether the deficit is behavioral or speech-related.

Up until this point, it is difficult to tell the different types of dementia apart. Usually, the tell-tale sign is neurological and has to do with the build of certain proteins in the brain; the type and combination of proteins, as well as, the area that they are found in contribute to the diagnosis. Since a lot of this information cannot be measured directly, definitive diagnoses have to wait until an autopsy after the patient has died. However, the sequence of onset and symptoms can give us a good idea of what someone is suffering from and can help people find the appropriate course of action.

It has become increasingly important for people to identify the differences between normal aging and those who are suffering from dementia. Depression can be co-occuring with dementia, but a large population of the elderly also suffer from depression alone without any dementia-related issues. It is important for those people to get treatment and the support they need, as well as, those who are suffering from dementia.

If you or someone you know is struggling with a mental health disorder, like depression, please feel free to contact the professional team at Lifeline Connections for help. Getting yourself help, whether it is through self-help or by reaching out to professionals is an important part of recognizing that you are struggling and is a good step forward to get the help that you need. You can visit Lifelineconnections.org or call 360.397.8246 for more information.