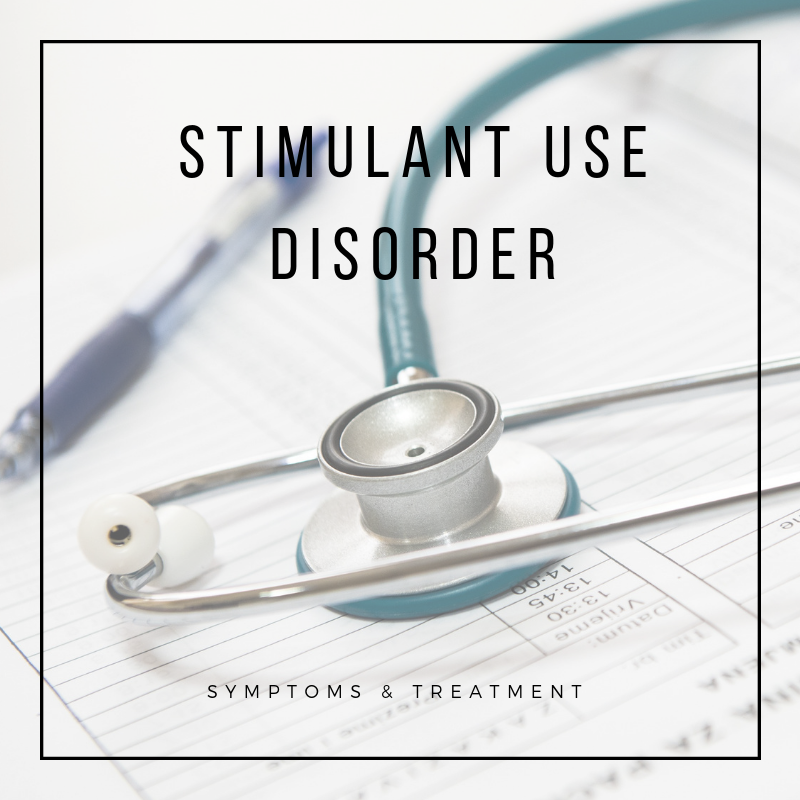 There are many different kinds of drugs that constitute a substance use disorder. One category of drugs that is commonly misused are stimulants. Use of these drugs can lead to a stimulant use disorder. Stimulants give the user a “high” effect, resulting in euphoria, insomnia and increased energy, which are often followed by withdrawal symptoms. Some common drugs that fall under this category are cocaine, methamphetamines, amphetamines, and Adderall to name a few.

Stimulants can be prescribed medicinally for appetite suppression, local anesthesia, ADHD, and sleep disorders. Stimulants can become addictive, because people often develop a tolerance to the drug quickly. This leads to a person needing more and more of the drug to get the same effect. One of the most well-known stimulants is cocaine due to its strong potential for addiction. Due to a combination of tolerance and addiction, cocaine use can become very dangerous and lead to overdose. Cocaine also produces very severe withdrawal symptoms, including strong cravings and physical reactions like headaches and increased appetite. Since cocaine addiction relies heavily on the reward system, cravings can easily be triggered by seeing places, people, or anything the brain associated with prior cocaine use. It is imperative that during your treatment you identify these triggers and stay away from them during recovery.

Adderall is a drug that is commonly used to treat those with ADHD and is often misused by people in school for its reported ability to enhance school performance. However, a lot of studies have found that the increase in performance that is often reported is due to the placebo effect. Despite these findings, students do continue to use stimulants, which can potentially lead to a substance use disorder, because of Adderall’s abuse potential being similar to other amphetamines. Stimulants that are prescribed for a sleep-wake disorder or ADHD can be used safely if they are used by the patient as described, but if the use is recreational and uncontrolled they pose more of a risk to the individual.

If you or someone you know is struggling with a mental health disorder, please feel free to contact the professional team at Lifeline Connections for help. Getting yourself help, whether it is through self-help or by reaching out to professionals is an important part of recognizing that you are struggling and is a good step forward to get the help that you need. You can visit
Lifelineconnections.org or call 360.397.8246 for more information.