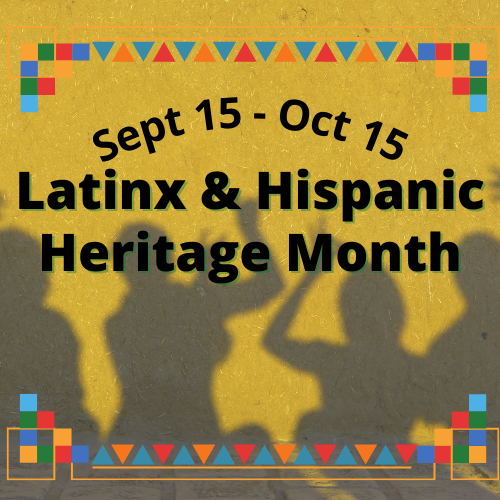 National Latinx/Hispanic Heritage Month is every Sept 15th – Oct 15th. Individuals celebrate the histories, cultures and contributions of American citizens whose ancestors came from Spain, Mexico, the Caribbean and Central and South America.

This month-long observation started in 1968 as Hispanic Heritage Week under President Lyndon Johnson. However it was expanded by President Ronald Reagan in 1988 to cover a 30-day period. This period begins September 15th and ends on October 15th. It was enacted into law on August 17th, 1988, on the approval of Public Law 100-402.

The day of September 15th is significant because it’s the anniversary of independence for some Latin American countries. These countries include Costa Rica, El Salvador, Guatemala, Honduras and Nicaragua. In addition, Mexico and Chile celebrate their independence days on September 16th and September 18th, respectively. Also, Columbus Day or Día de la Raza, which is October 12th, falls within this 30-day period3.

Throughout the month we will focus on a 1) Historical Figures 2) Historical Events 3) Faith & Religion and 4) Celebration of Culture. We will continue to highlight information throughout this month. However, we encourage you to dig deeper into the below resources to learn more about each topic.

1a – University of Pittsburgh – Latinx and Hispanic Heritage Month

We are pleased to announce that we are now accepting new patients ages 13-17 in our mental health clinic-based program. Call (360) 984-5511 for an appointment or learn more here.